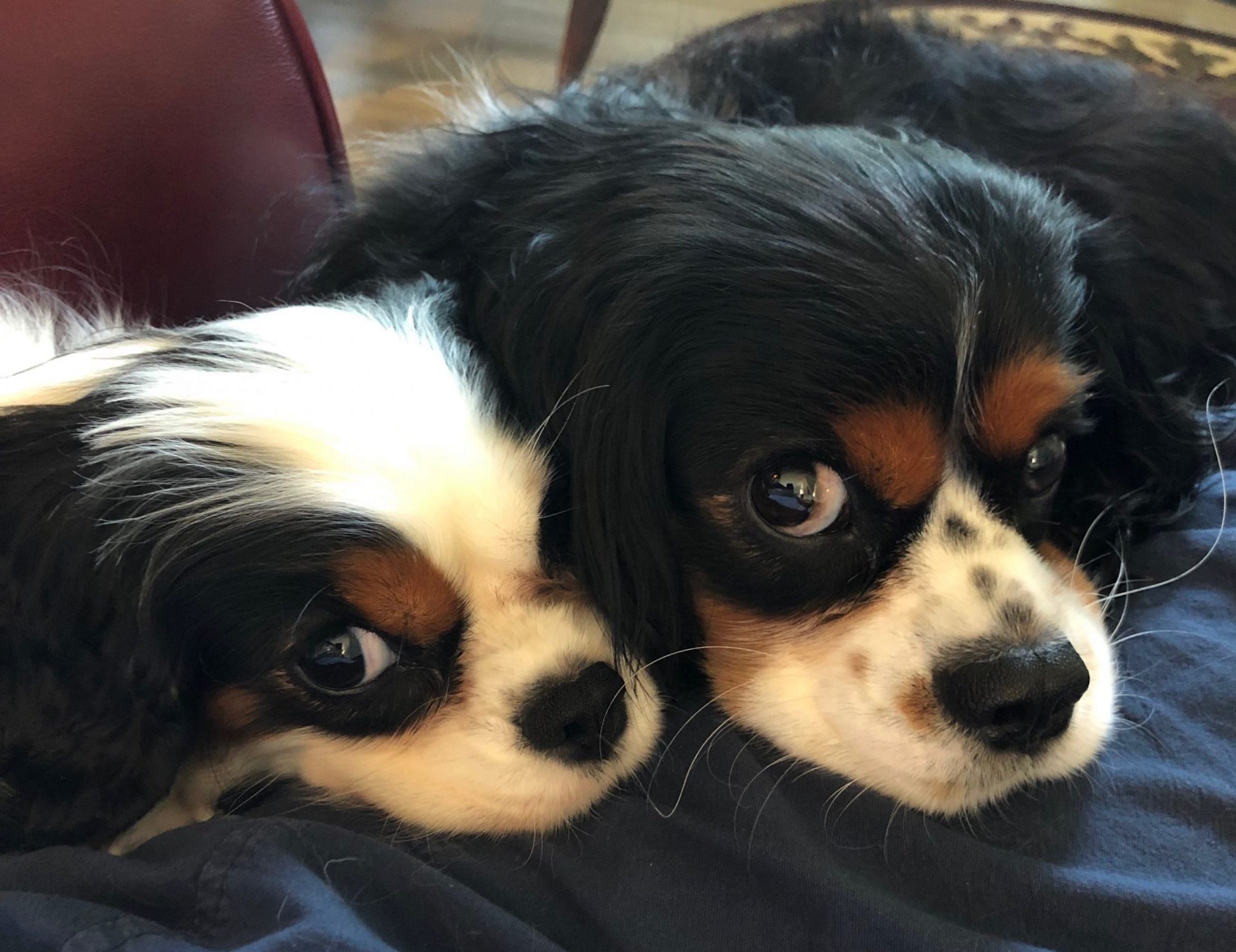 This is where I will document our journey together!

To begin with, it was quite the surprise. You see, I’m not a show dog breeder, or even a hobby breeder. I’m just an old lady who has two Cavaliers that hoped maybe one day, we could have puppies. You won’t find any pretentious statements or onerous requirements here if you’re wanting a Cavalier puppy. I do have a Puppy Application that I require because I want my puppies to go to only good, loving, forever homes.

Ava and Mickey are just over three years old and while I hoped to have puppies ‘someday’, it seemed clear that it wasn’t going to happen because Mickey didn’t seem to know how, and Ava was humping him whenever she was in heat.

Around the middle of September, Ryan (my son) was preparing for his first solo road trip from our home in Covington, Washington to see his brother, sister-in-law and niece in Denver, Colorado.

Now this was a BIG DAMN DEAL because Ryan doesn’t even like driving to Seattle alone, much less a two day road trip! When he finally hit the road, I immediately got very sick and ended up spending a week in the hospital with pneumonia (3 days in critical care). It was during this time of significant Life Chaos that Mickey figured out how to do it!

To further complicate things, I was in Denver myself when the puppies were born 63 days later.

Ryan sent me a video from his phone asking what was wrong with Ava. Because his phone is an Android and I use an iPhone, it was hard to tell what was going on but it looked to me like she was having problems breathing so I told Ryan to take her to the emergency vet.

Given the COVID19 pandemic, he had to wait in the parking lot for them to come out and get her. While waiting, he became so alarmed at the noise she was making that he called them a second time and begged them to come and get her. It took them less than a minute or two to figure out she was in labor. Needless to say, Ryan was shocked and called me immediately in a panic.

Ryan and I both knew there was no way he could handle a newborn set of puppies that we had no idea were coming and hadn’t prepared for.

So I did a google search and found a wonderful Cavalier breeder near us and she agreed to foster Ava and her puppies until I came home from Denver. I will be forever grateful to Trudy Owens of Cedar Creek Cavaliers for her generous spirit and kindness!

The puppies and Ava were fostered in a wonderful and separate kennel area and did well during the 4 days they were there. Here’s a video from Trudy she sent after they arrived and got settled.

I got home from Denver on Thursday so Friday morning Ryan and I went to pick up our wonderful Ava and her puppies. We got them home and settled in the family room where I could relax on a recliner at night with them. Ava and her puppies adapted pretty quickly, although it was clear Mickey made Ava nervous so we had to keep them separated.

Here’s a video of the puppies at 8 days old:

Ava nursing the puppies the day before Thanksgiving – November 25 2020

We have an exercise pen in the living room and that’s where the puppies play when we’re relaxing and not working. Ryan is on a stool in their pen playing with them.

It’s such a challenge to get them to all look at me at the same time now – they have grown so quickly! But when they were waking from their nap, I opened the kennel door and managed to get this photo on New Year’s Day, 2021:

Jack and Roxanne are going to their forever homes tomorrow. This video is from this morning and it’s clear that all are doing quite well after their first immunization yesterday. Roxanne and Jack are the two running around and playing with each other; Sadie and Penne are tussling over a chew stick.

Here’s a video of Penne and Ava are playing now:

I have created a Puppy Page for each so you can follow their progress: